Besides Mercedes’ highly successful aero update for the Japanese Grand Prix, three other Formula 1 teams brought significant new pieces to Suzuka as each searched for an upturn in form. Take a look at what changed, and what the pieces looked like before the revisions. 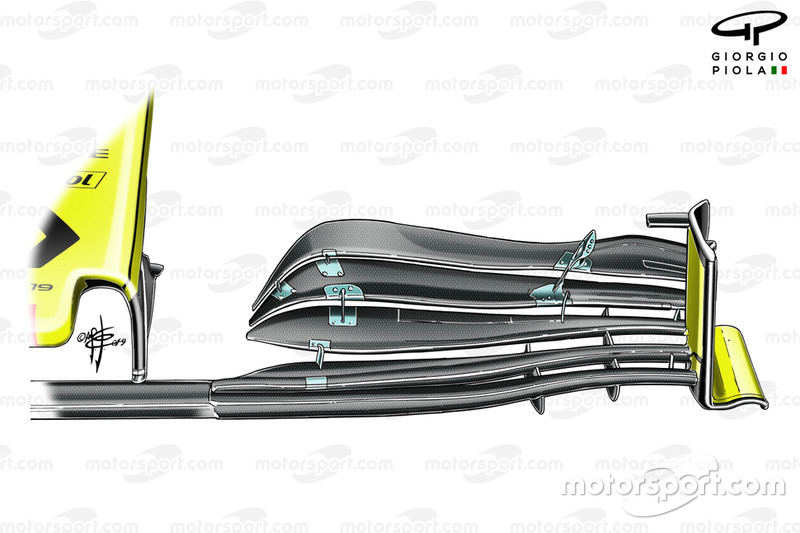 Renault introduced a new front wing it hoped would not only unlock some more of the RS19’s latent potential, but perhaps also offer insight into the trajectory they should follow for next season. Note the shape of the mainplane as it connects the front wing’s neutral section and the shape of the flaps above on the old design illustrated here. 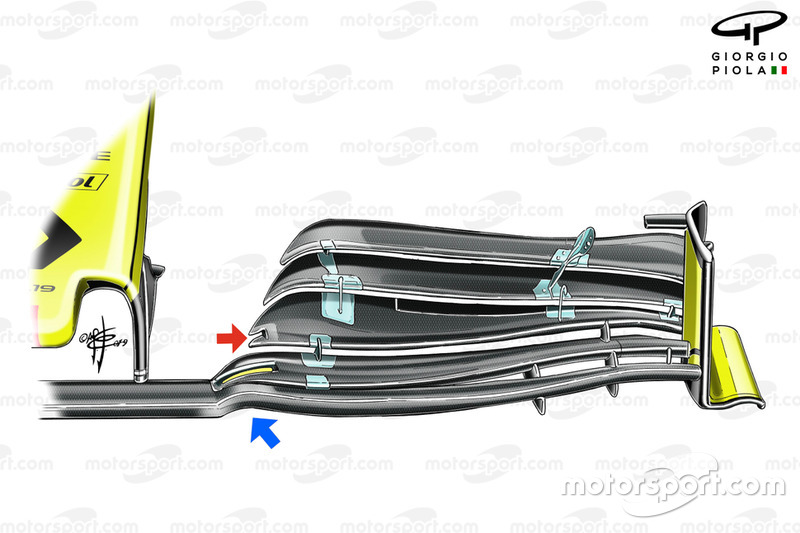 In comparison, the new design has been drastically altered in order to change the shape, position and vorticity of the Y250 vortex that’s created and manipulated here. There’s now a curvature to the mainplane’s profile as it meets with the neutral section (blue arrow), while a small slot has been added to the second flap in order that flow can bleed through. The third flap has been altered significantly in order to coincide with the aforementioned changes and now features a small cutout (red arrow) much like we’ve already seen used by Red Bull and Mercedes. 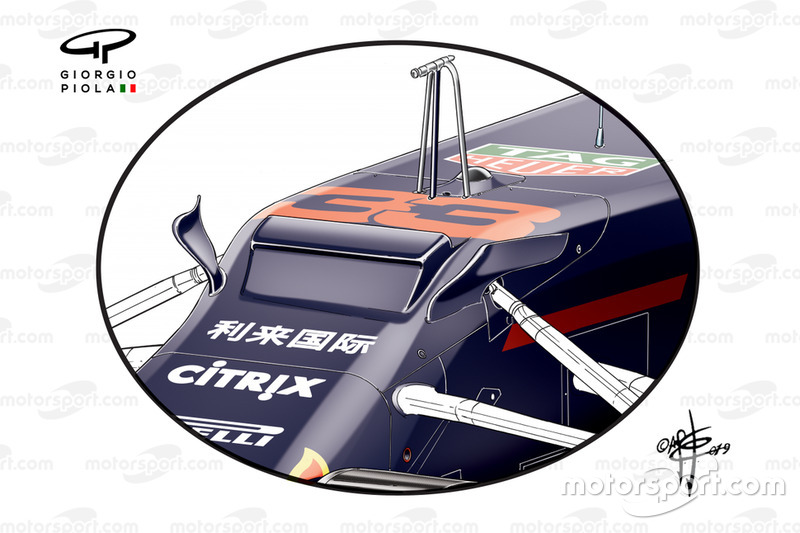 Red Bull made a small modification to the RB15 in Japan, as it looked to grab some more performance from the ‘S’-duct and the fins mounted either side of it. Note the width of the outlet in the old solution pictured here. 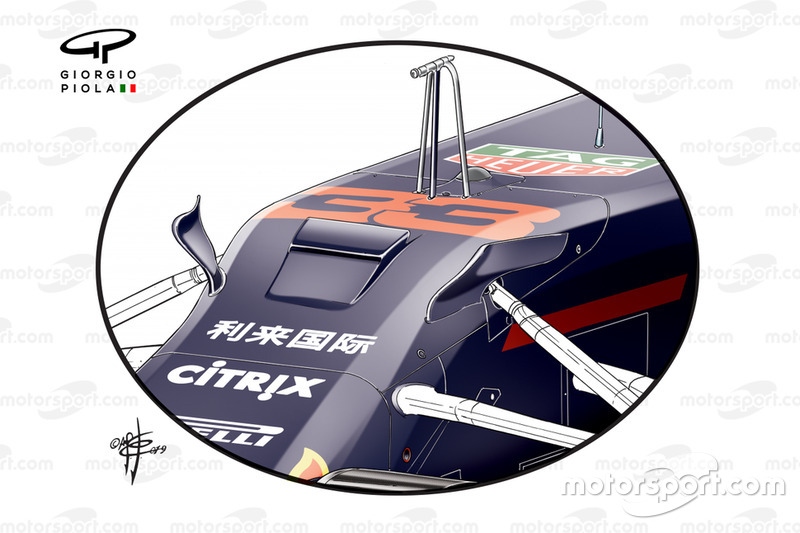 The new solution is much narrower and will likely focus the jet of air expelled from the ‘S’-duct more effectively, while also giving the fins either side more freedom to work the surrounding airflow. 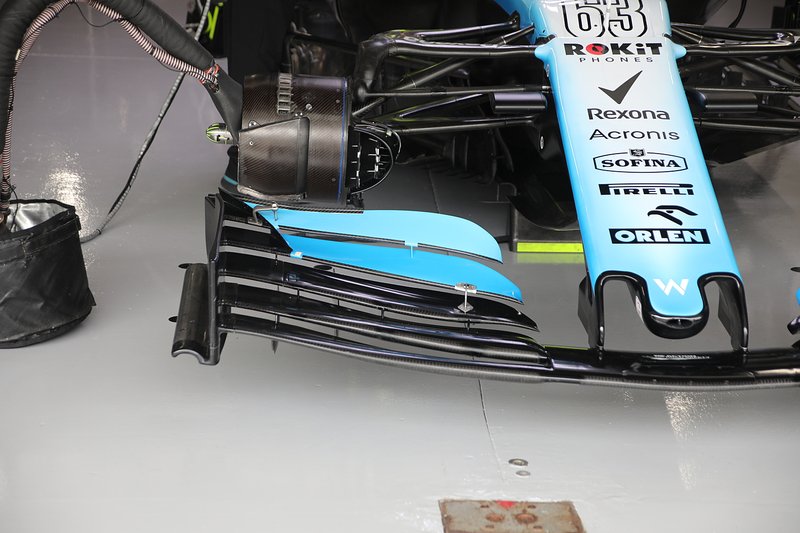 Williams continues to search for answers to its woes and seized upon an opportunity to evaluate a new front wing concept in Japan. The older specification front wing seen here is what we’d term a loaded wing design, and has a very narrow portion at the outboard end that doesn't move when the flap adjuster is utilized. 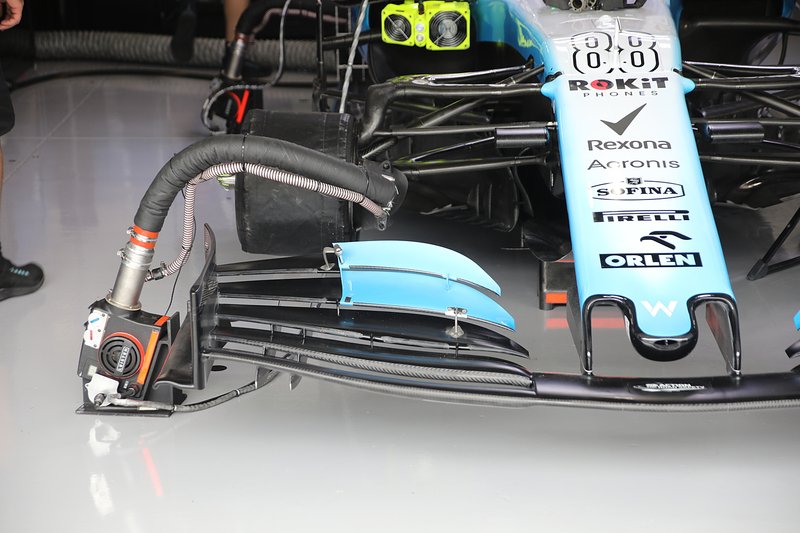 Compare this with the test item – a more unloaded variant, while a much narrower section of the wing is moveable when the adjuster is utilized. This would mean the outer portion of the wing, that’s largely responsible for altering the airflow ‘seen’ by the front tyre, remains static even when an angle adjustment is called for, meaning that the rest of the car is not so upset by a wing angle change from aerodynamic wake perspective.

TAKE ON THE SIX-WHEELED TYRRELL