Giorgio Piola and Sutton Images bring you the Formula 1 technical updates on show in the Marina Bay pit-lane at the Singapore Grand Prix, giving insight into the relentless development undertaken by the teams in pursuit of more performance. 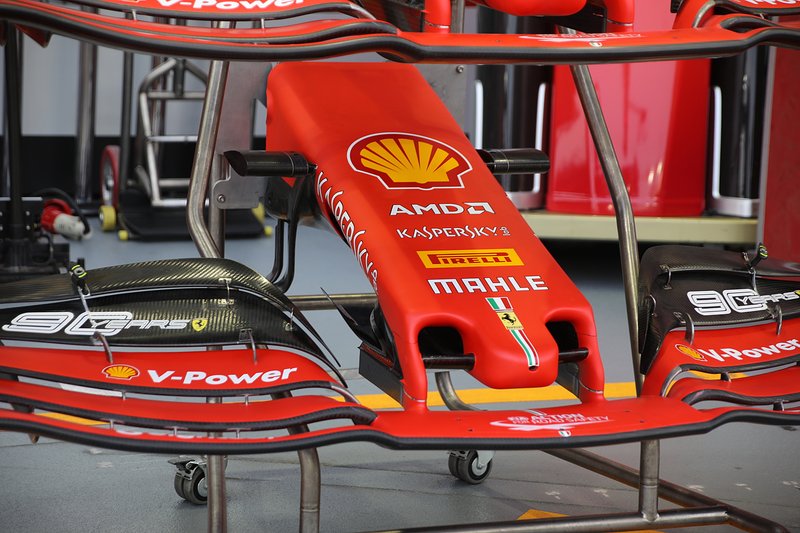 Ferrari has arrived in Singapore with an adaptation of the cape design seen elsewhere on the grid over the last couple of seasons. The nose structure itself remains largely unchanged but the cape, which will influence the movement of air around the structure, has been incorporated into it. 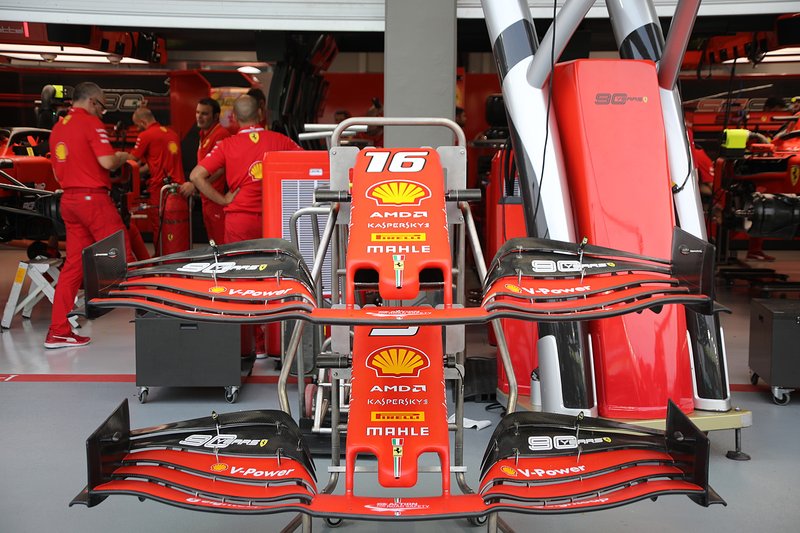 Both nose solutions available to Ferrari in Singapore, the newest of which is at the top has a cape solution draped between the front wing pillars. 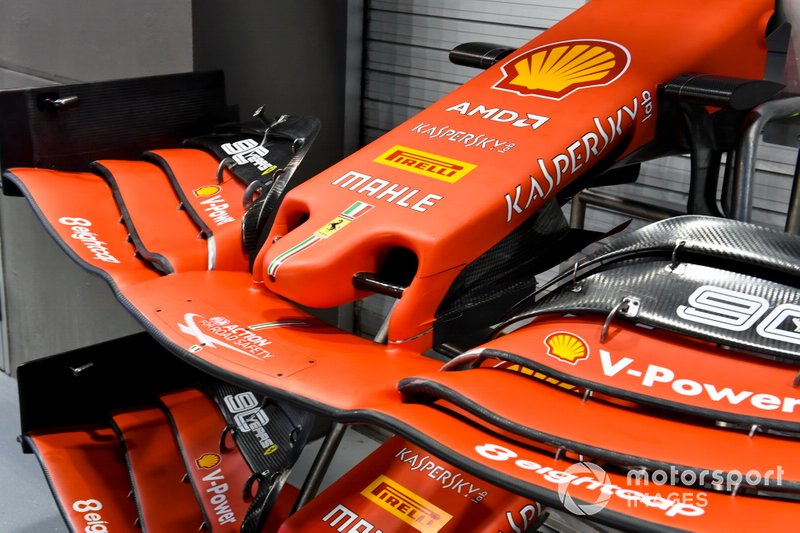 Another view of the new nose cape on the Ferrari mounted between the front wing pillars and thumb tip extension. The shape of the cape can also be seen under the nose. 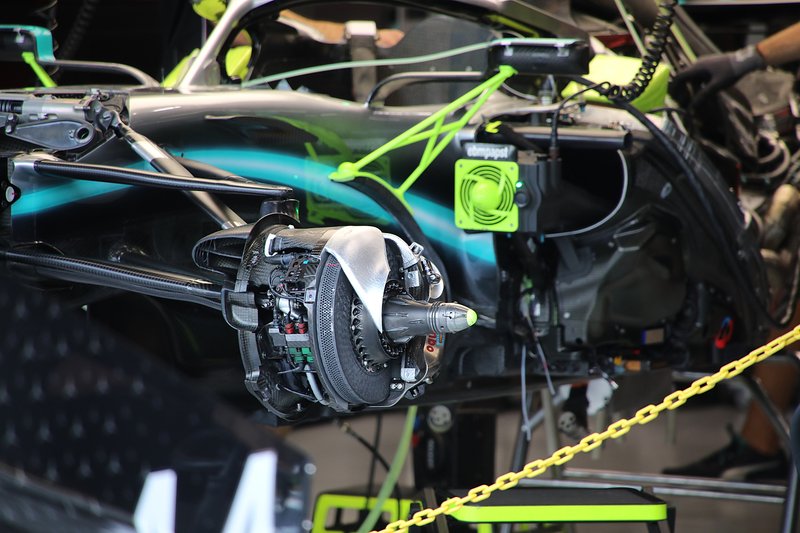 This image affords a good view of Mercedes’ front brake assembly. Note the silver pipework which serves an aerodynamic purpose – moving airflow captured by the inlet out through the wheel-rim, disrupting the turbulent wake created by the tire. 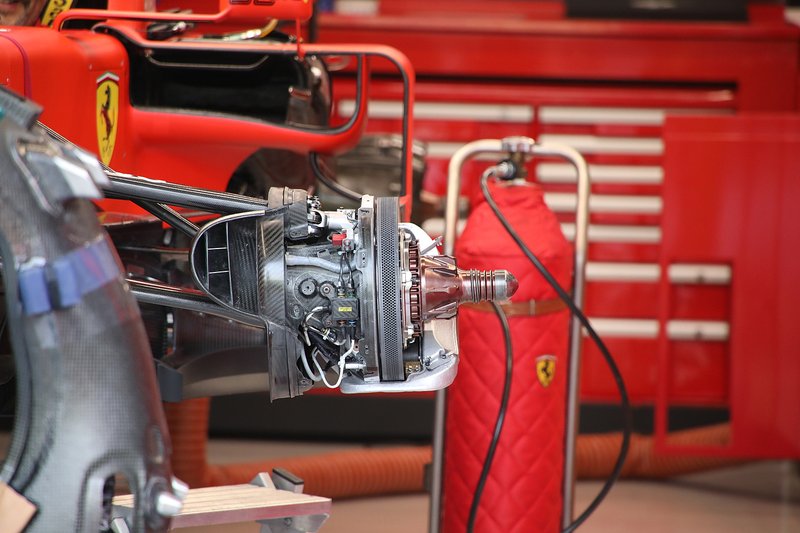 A look at the Ferrari SF90’s front brake assembly without the drum fixed in place reveals how airflow is transported around it for both cooling and aerodynamic purposes. 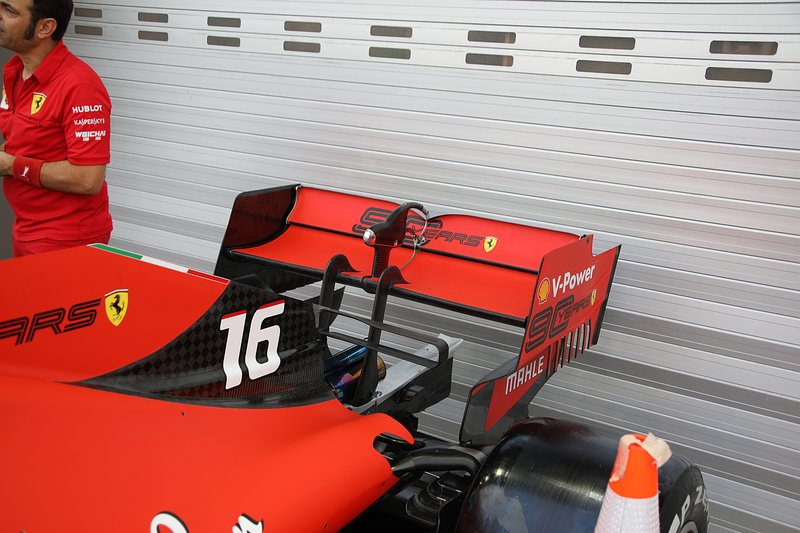 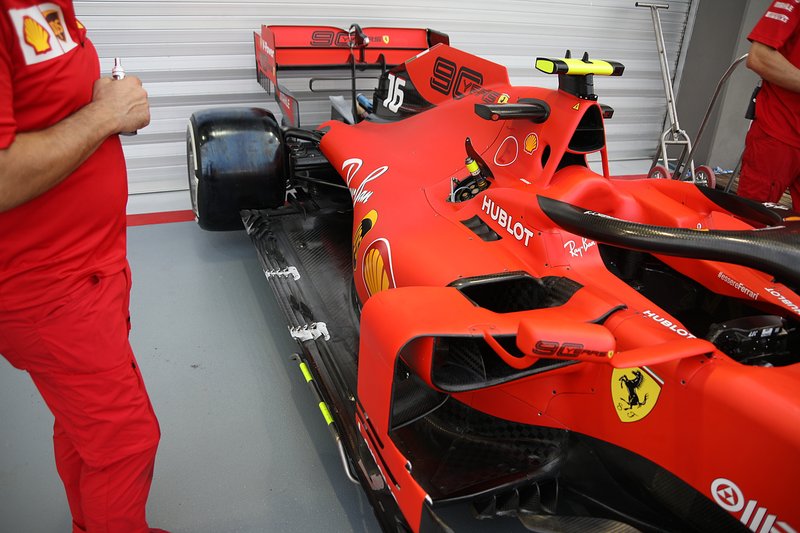 A good shot of the Ferrari in general – note the metal inserts placed in the weakest areas of the floor. 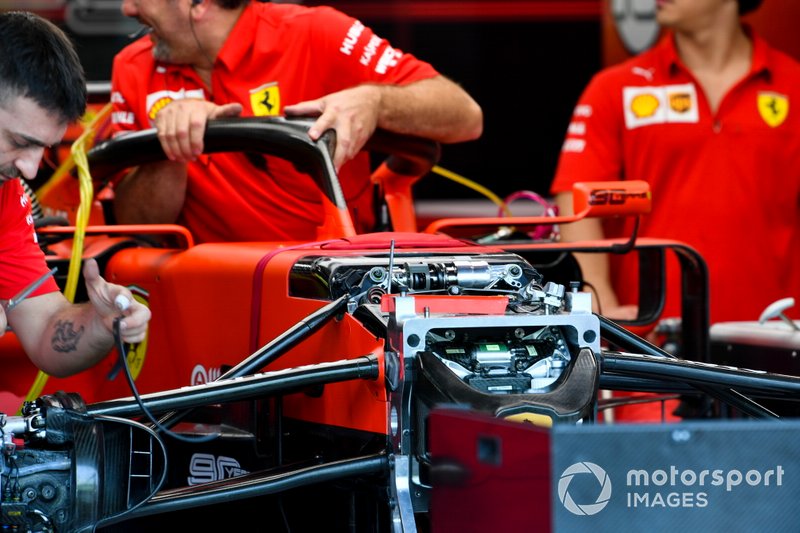 As the Ferrari mechanics busy themselves with preparing the car, we’re treated to a view of the front suspension arrangement. 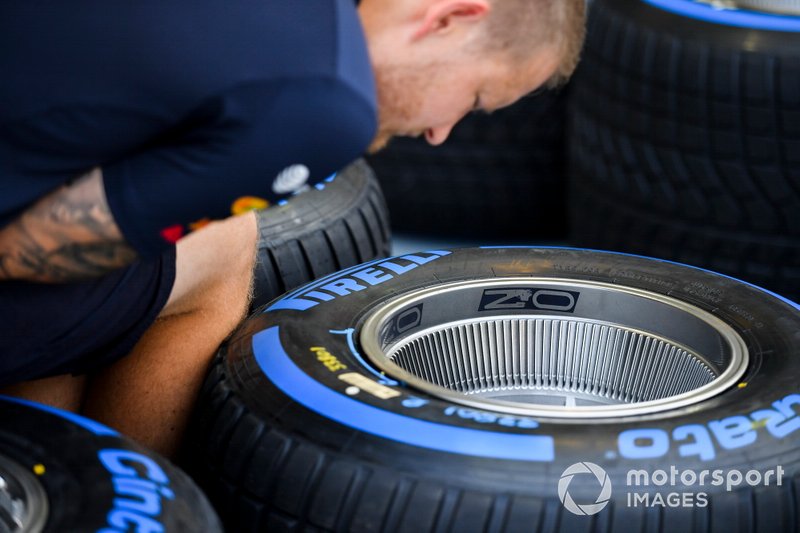 A look at the inner face of Red Bull’s rear wheelrim shows the fins that are used to help control tyre temperature. 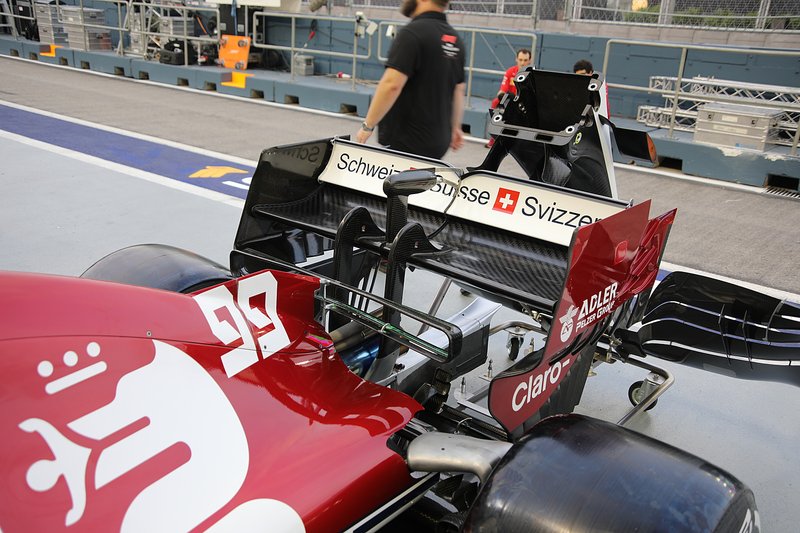 Alfa Romeo’s high downforce rear end package also incorporates a multi-element T-Wing, also note the up-washing strakes on the rear wing endplate which have been added for this event. 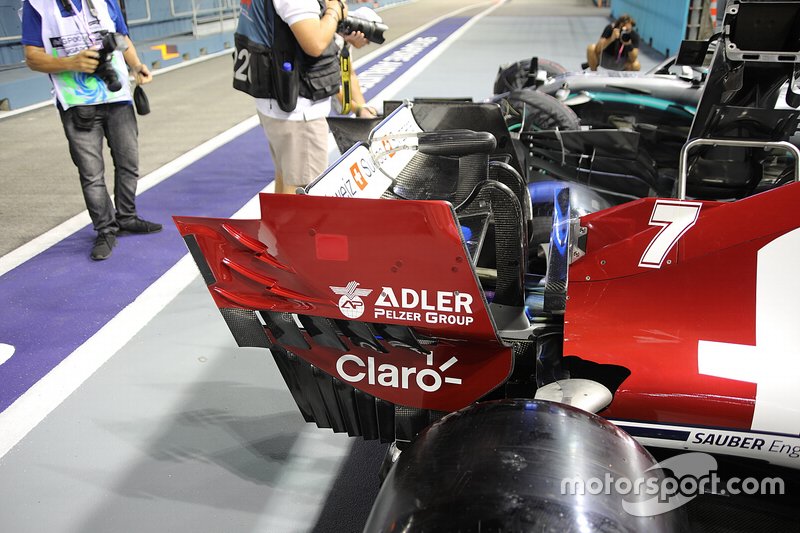 A better view of the upwash strakes added to the Alfa’s rear wing. 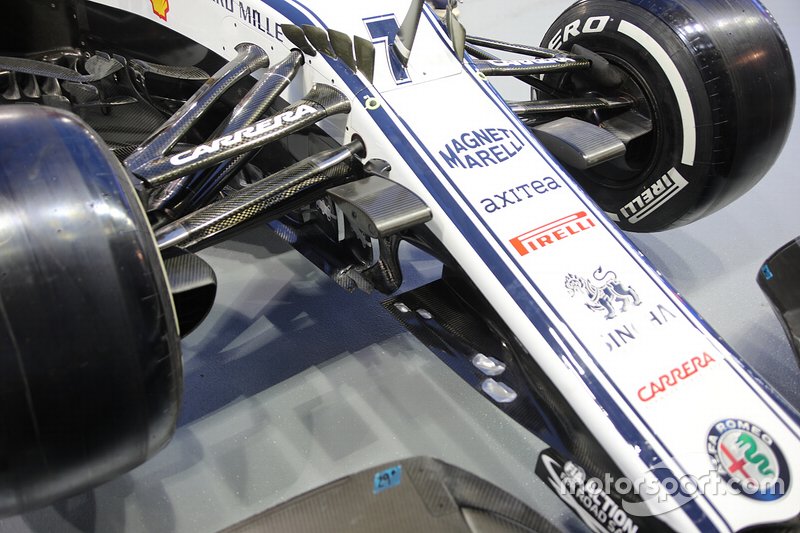 Alfa has also made some additional changes to its cape solution, placing some longitudinal slots in the outer edge. Meanwhile, the turning vanes have also been tweaked to correspond. 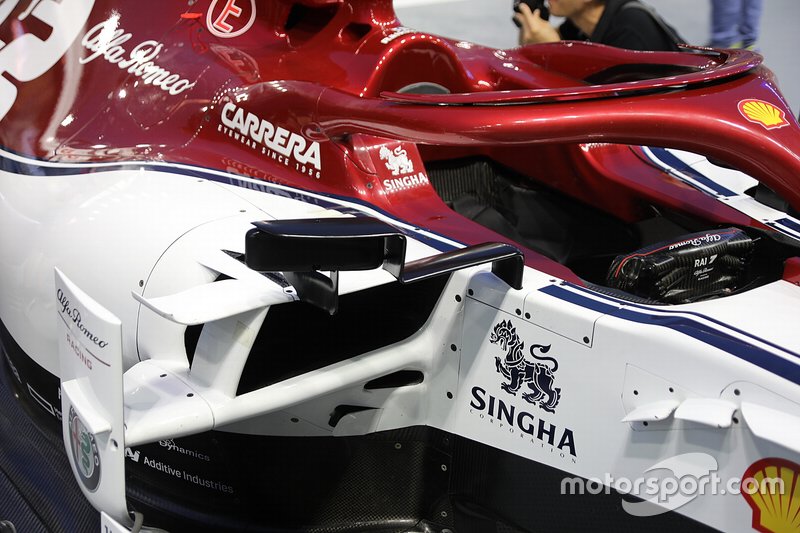 A look at the multi-element wing mirrors on the Alfa, aimed at dampening their aerodynamic impact on the surrounding flow field. 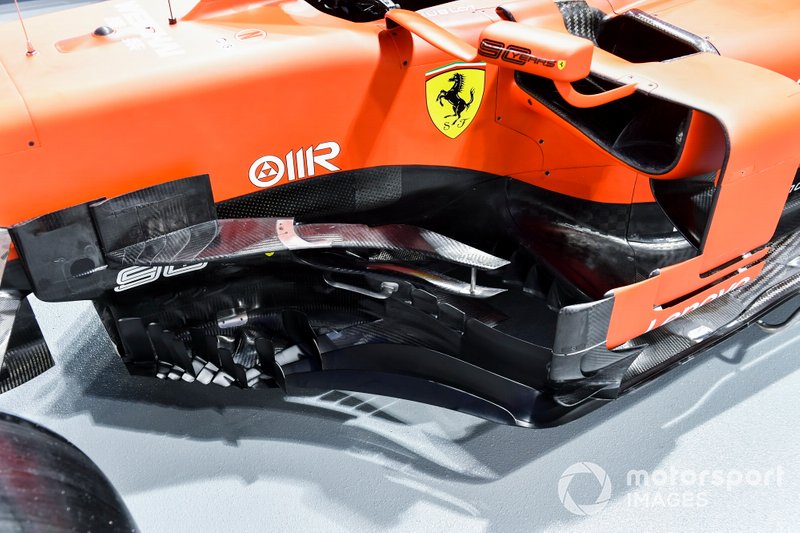 A good overview of the Ferrari SF90’s bargeboard region. 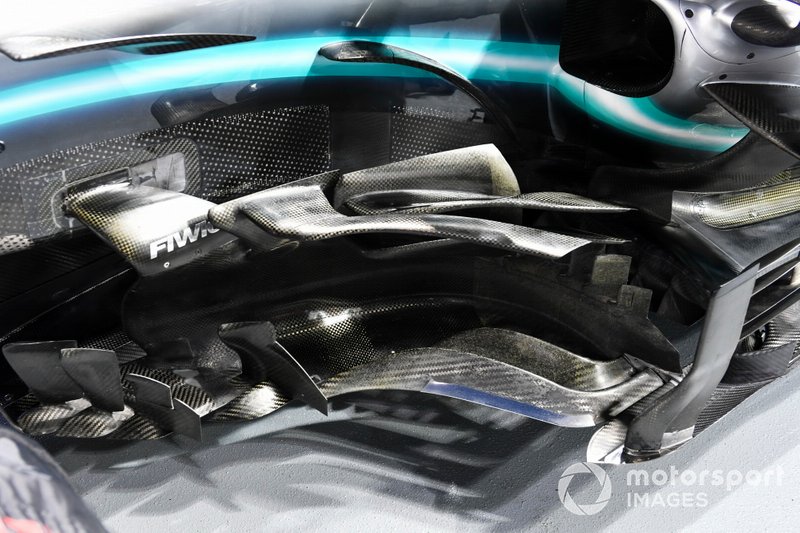 A similar view of the Mercedes W10 shows how the two teams have some similar solutions – and some very different ones! 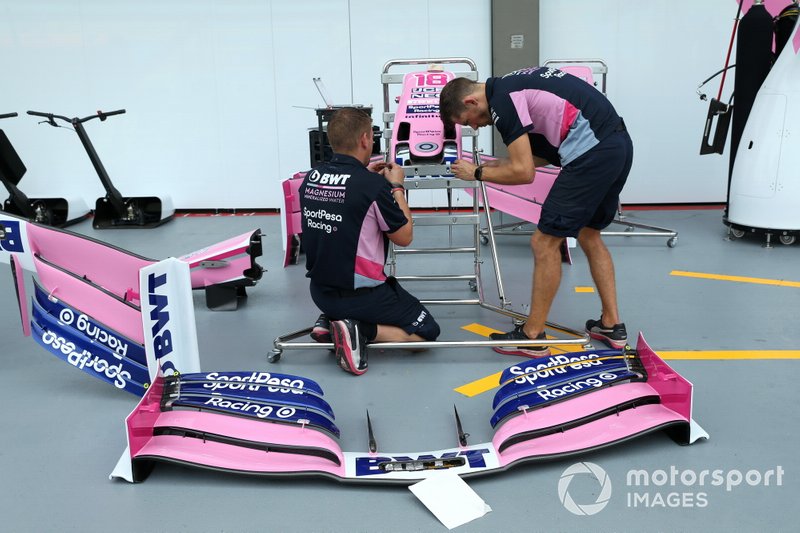 Racing Point mechanics preparing a nosecone for the fitment of a new front wing design, which will feature a section of the wingspan that has less adjustability. 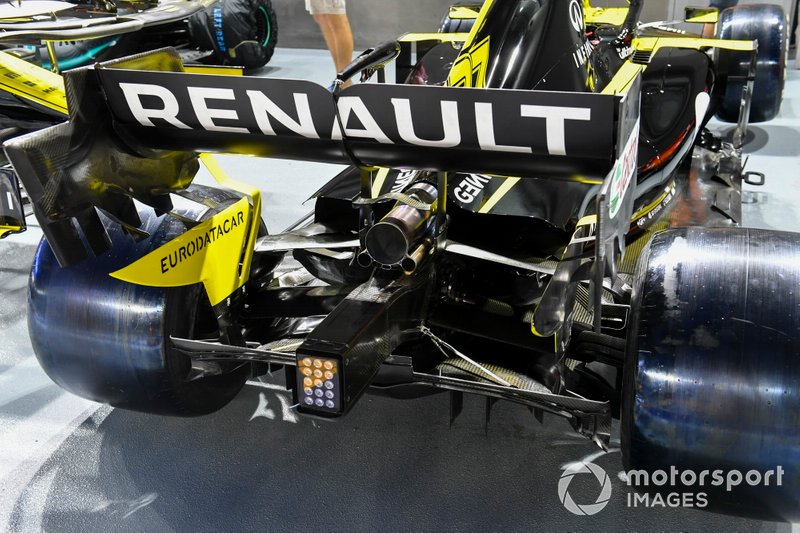 A decent close-up shot of the Renault RS19 from the rear, giving us a good view of their larger cooling arrangement, exhaust configuration and the small monkey seat winglet.