It was a machine that not only went on to win races itself, but it defined the sport as we know it now and featured technology that has also helped save countless lives over the decades.

The car being talked about is the McLaren MP4/1, the first to employ a full carbon composite monocoque, which made its race debut on April 12, 1981, in the Argentine GP.

Carbon fiber cars are now ubiquitous and it's hard to imagine a world in which they did not exist. However, what is perhaps most incredible is that many doubted it was a material suited to racing cars when it first appeared.

That's primarily due to the fact that some teams had already dabbled with carbon fiber, but it was generally in non-structural areas and was used solely as a method of saving weight.

Many didn't know how to use it correctly, treating the process in a similar manner to how they did with fiberglass construction. 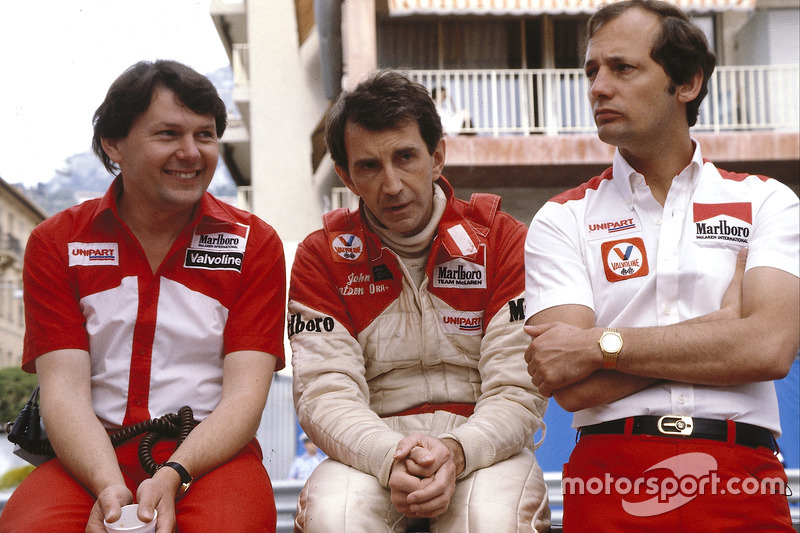 But it was McLaren technical director John Barnard who changed history.

Barnard began work on a skunkworks project for Ron Dennis' Project 4 team late in 1979, with the carbon fiber monocoque the centerpiece around which the entire car's design revolved.

He knew that to get an advantage over rivals he needed to design a car that had a very narrow monocoque, enabling the car to have wider Venturi tunnels than anyone else, maximizing the ground effect available.

The stumbling block was materials, with aluminum, the go-to material of the time, far too flexible for the monocoque dimensions he had in mind. Steel would give a comparatively better torsional stiffness but would add far too much weight.

Carbon fiber was his answer but, with no-one using the material in motorsport the way he envisaged, he needed to look for outside expertise.

He met with British Aerospace engineering but, whilst initially enthused by the project, it indicated it didn't have the resources to help.

But having given him the impetus to believe in the project, British Aerospace also kindled a relationship between Barnard and Arthur Webb, one of its aeronautical engineers and someone who had huge experience within the carbon fiber field.

The pair worked tirelessly on the drawings for the carbon monocoque, which would consist of an aluminum honeycomb sandwiched between layers of unidirectional carbon fiber.

This meticulous planning would not only improve torsional rigidity and reduce weight, but it would also allow for that light bulb moment - placing inserts within the structure that allowed for the various components, such as the engine, to be mounted to it, without compromising its integrity.

Once they had designed the structure, they needed someone to manufacture it as Project 4 neither had the facilities nor funds to do so. Ron Dennis enquired with various specialists in the UK but came up short.

Enter Steve Nichols, an American who had worked with Barnard during his previous tenure at McLaren and would later join him again...

The pair got to talking over a beer about Barnard’s latest quandary, not wanting Nichols to know the whole truth he just told him of his plans to build a lighter, stiffer, narrower chassis.

Nichols had worked with carbon fiber before, so it did not take him long to divine Barnard’s intentions. He suggested that he should contact Hercules Aerospace, the American company for which he had worked.

Hercules Aerospace was quick to see the commercial benefits of working with McLaren and so it took little to convince the firm it should be involved.

It would help accurately lay up the carbon fiber over the aluminum honeycomb using the male mold that Project 4 had provided, and place the monocoque in its autoclave. This would then be shipped back to the UK for the team to construct.

This period of innovation was all happening during a particularly difficult time for Project 4, with the financial burden of its F1 project weighing heavy on Dennis and his team.

Dennis had previously been rebuffed by Marlboro, as he looked to spark sponsorship interest in his entry to the premier single-seater category. But, the winds of change were blowing and Marlboro's commitment to McLaren was on shaky ground.

A merger seemed the most obvious solution for Marlboro as it wanted to help turn the tide for the sleeping giant, with Dennis, Barnard and the carbon fiber concept being ushered in to help McLaren return to winning ways. 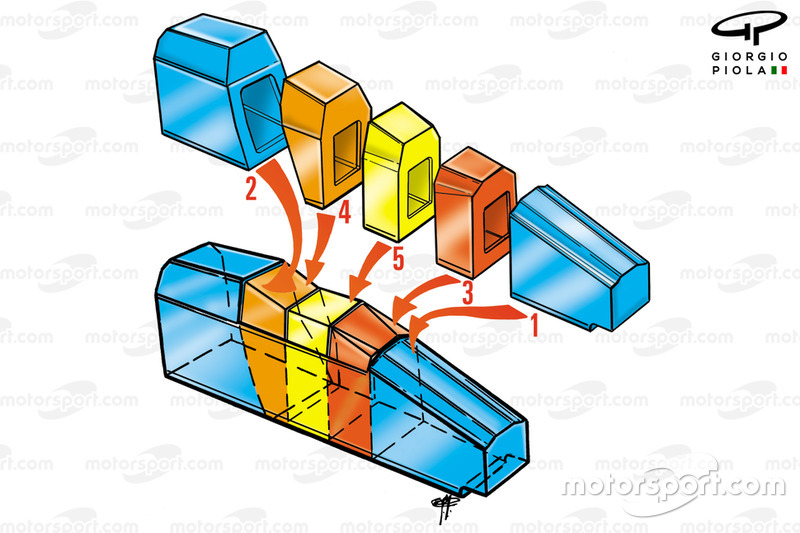 The MP4's entire monocoque comprised the shell, three bulkheads and the reinforcing structure - just five parts. By comparison, an aluminum chassis of the time would have consisted of at least 50 components.

Not everyone was convinced of this new 'magical' concept though, as some of the other teams questioned the practicality of using carbon fiber so extensively in the car's construction.

But when John Watson won the British Grand Prix later that year, rival teams began to realize that the concept was something they too needed to follow.

The turning point in convincing the world that McLaren had made the right decision regarding its carbon fiber monocoque was the 1981 Italian GP.

John Watson's massive shunt in his MP4 literally tore the rear end of the car off and would have likely been considerably worse had he been aboard a car with an aluminum tub.

This was to be a watershed moment and made the rest of the grid sit up and take note. No longer could they scoff at McLaren's use of this material.

As with everything in F1, the move was swift, as sticking with previous construction methods would only lead to them bleeding lap time compared to their rivals.

Barnard was a pioneer, introducing not just F1 but motorsport in general to a material that was stronger, lighter and safer than those that had gone before it.

The sport would never be the same again. Barnard not only raised the bar, but he also changed the game. 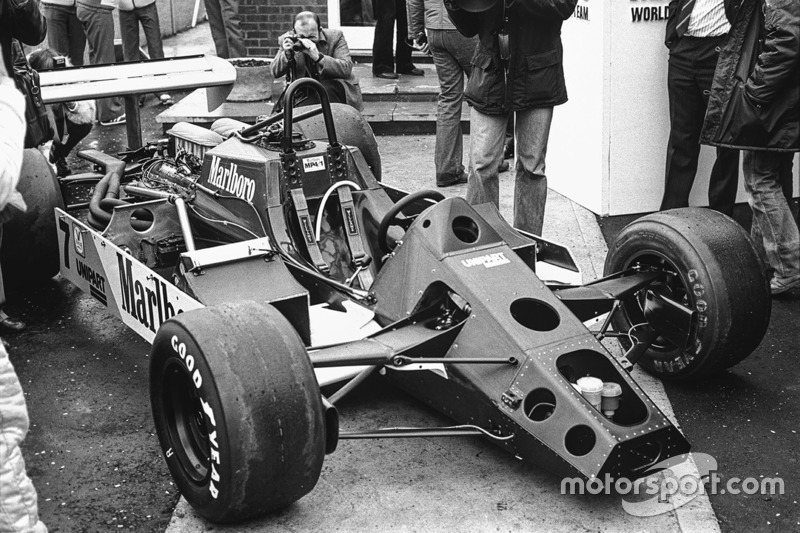